Two years ago I posted a blog about finding the loaded gun. Not in the real sense, but in the literary one. I’ve also written about being stuck in the mushy middle. This is where I am now with my current work-in-progress. In the middle of a bog and sinking fast. And I haven’t located the metaphorical ‘loaded gun’.

Anyway this started me thinking about another way of looking at the problem. A few weeks ago we had our garden shed removed. It had been in place for 24 years and was rotting away. (Bear with me, this will relate to the writing shortly.) Taking it away wasn’t a problem – seeing what was underneath was. The archaeological finds weren’t very interesting. Old bricks, rubber matting, bits of pipe and so on…even an old golf ball. 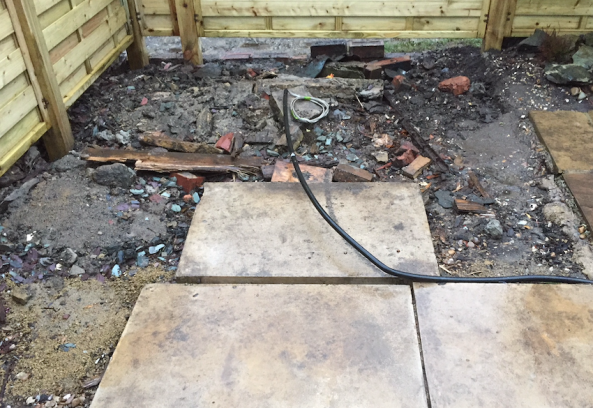 So before we have a new shed installed, we need to have this heap of slag dug out and a level base laid. I figured this was a useful analogy for writing a novel. A firm foundation is required. The question I’m asking myself on my current WIP is…am I trying to build my story on a large pile of crap? At 28,000 words, this is an uncomfortable thought.

(Note: if you read my ‘Writing blues’ blog posted on 10 Feb – I abandoned the extension of the ‘Maybe This Christmas’ story and went back to the previous WIP. I have, since then, only managed another six thousand words on this project and passed the 15 March deadline when I had planned to have the first draft finished. Hence my dilemma!)

To quote John Cleese’s famous line from Monty Python’s Flying Circus…“And now for something completely different”…time to move on, perhaps. 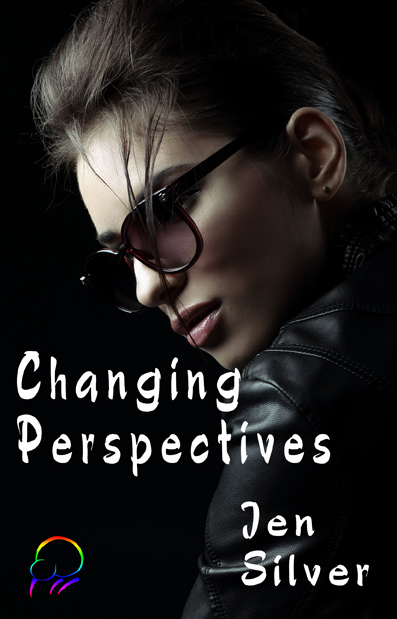 Last Friday morning, I was greeted with this lovely review of Changing Perspectives by Kate Cudahy. I love the fact that she really ‘got’ the two main characters, Dani and Camila. The opening paragraph of the review certainly gave me an early morning buzz:

This is such a delight of a book – I enjoyed it so much that I read it in two days and then felt sorry there wasn’t more. Set in the early 90s, Changing Perspectives is more than just a romance. It also sensitively unpacks the whole concept of kink and why some girls (and guys) are into it.

I have a new book coming out in June, published by Affinity Rainbow Publications. Calling Home is quite different from my other books and I will have a cover reveal soon as well as the back of the book description to share. In the meantime, here’s a taster:

Berry opened her eyes to see Galen standing by the bed holding her duvet. Relief swept through her until her brain registered that the light was on and she was naked.

“Um, sorry.” Galen dropped the duvet back down and Berry brought it up to her chin. “I heard a noise.” She sat down at the end of the bed. “Are you okay? Can I get you anything?”

“Water,” she managed to croak out. There was a glass on her bedside cabinet but it was empty. Berry didn’t remember drinking it.

‘Okay. Be right back.” Galen took the glass into the bathroom to fill it. “Sip it slowly,” she said when she came back.

Berry didn’t know which was more embarrassing—the fact that Saff must have told Galen about her nightmares, or that Galen had seen her naked. However, it did have the effect of banishing the memories that held her captive most nights.

When she had drained the last of the water, Galen took the glass from her. “Do you want some more?”

“No, or I’ll be peeing all night. If you could just fill it again and leave it here, that would be great.”

Now that Berry was more awake she realised Galen was only wearing a tank top and boxer shorts. The view from both the front and the back was mesmerising.

Galen placed the full glass on the cabinet. “Would you like me to stay for a while? Help you get back to sleep.”

“That’s not necessary. I should be okay now.”

“Well, it will save me a trip down the hall. Scoot over and I’ll get the light.”

Berry thought that sleep was going to be impossible with Galen lying next to her but when she opened her eyes again the morning light was streaming through her open windows. And she was alone.

And while I wait for my writing muse to return from wherever she’s sunning herself enjoying a mojito or two, I will sit here and contemplate the meaning of sheds. 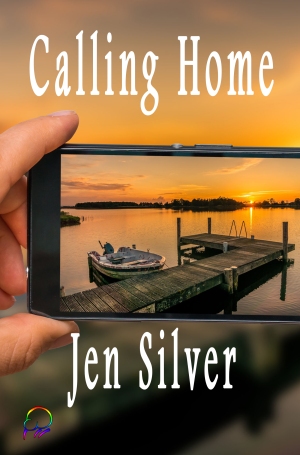 An idyllic setting with a mix of romance and mystery 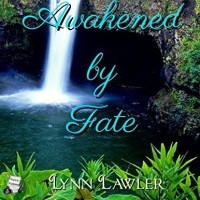 The struggles of a writer who asks nothing more than to be able to get to grips with the 20th century. Sorry – I meant 21st century. Says it all really, doesn't it?

Where women are the heroes of their own lives and love is the universal story. Author Karin Kallmaker's official site.