This year marks the 50th anniversary of the Vindolanda Trust. However, they’ve had to suspend their excavation season that would have started a few weeks ago as well as closing the site and the two museums. Like many other businesses, they are holding some online events. A good way to help them survive through these uncertain times, would be to donate and/or buy something from their shop. Visit the wesite here.

I enjoyed my times digging there, from 2014 to 2018. As well as the thrill of seeing what comes out of the ground from nearly 2000 years ago, there was the interaction with the other volunteers and the on-site archaeologists. I was lucky enough to be able to book into the Hedley Centre, which generally housed up to 8 people per session. I could look out of my bedroom window and see the ramparts of the barracks on the top of the hill.

So, these photos are just a few of my fond memories of being there. It’s a magical place and I hope they will be able to reopen some time this year so many more visitors (and excavators) can enjoy the experience of walking through history. 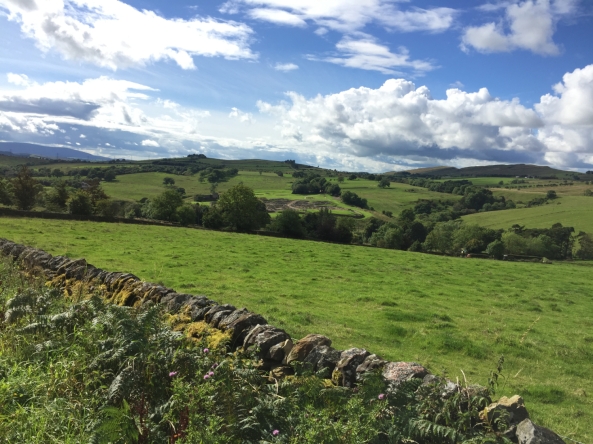 My first view of Vindolanda from the road, approaching from the east.

View from the Hedley Centre 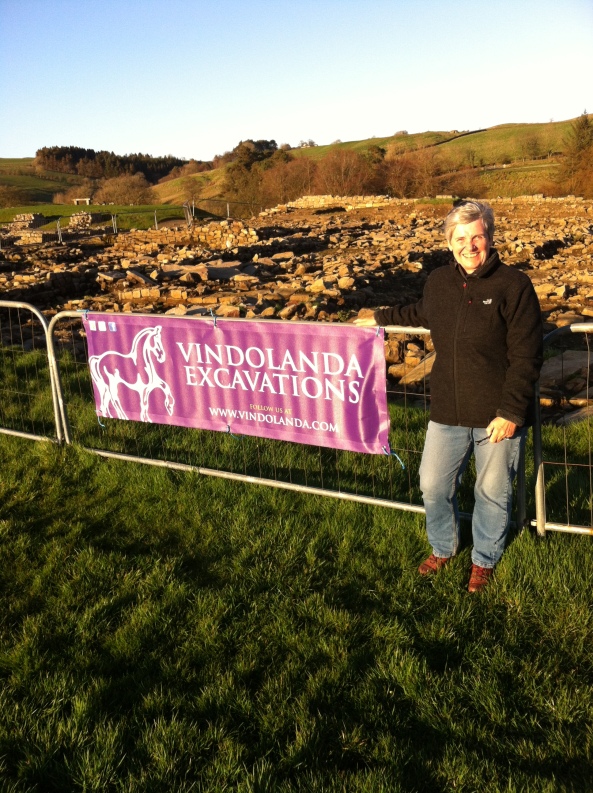 First close up view of the excavations in 2014 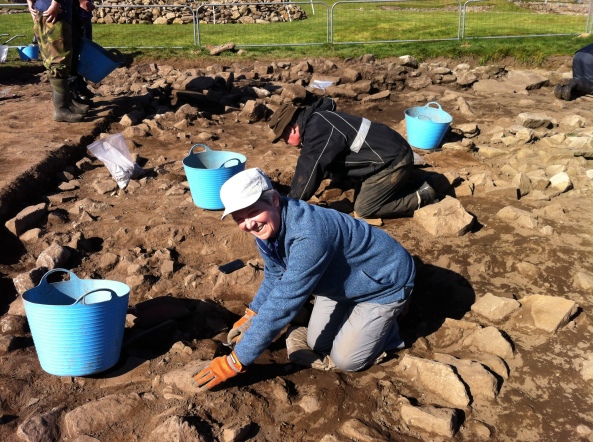 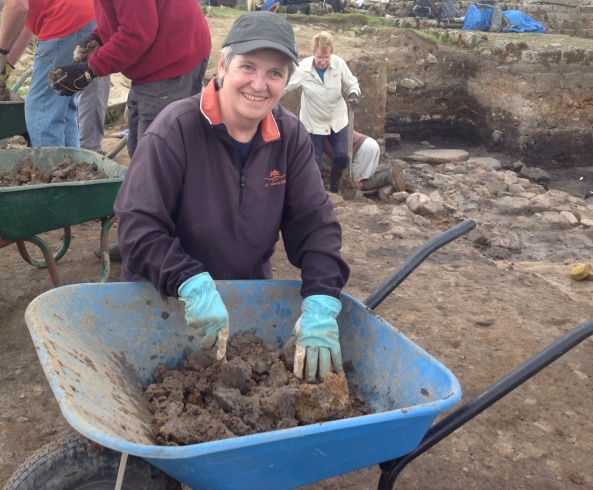 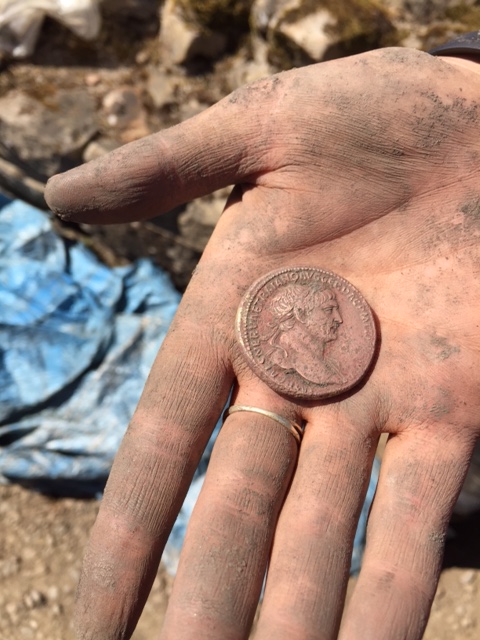 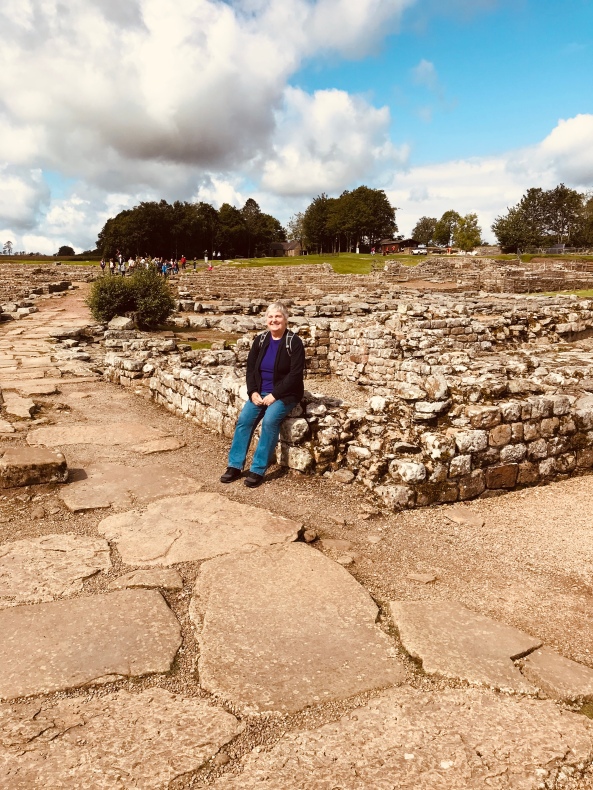 As I’ve said a number of times before, just being there is magical.

When I first went there to do research for my debut novel, Starting Over, I didn’t know if I would enjoy two weeks of scrabbling around in the dirt wondering if my knees and back would hold up. I thought it would be a one-off experience. Not a chance…I could hardly wait to book again for the following year…and the year after that…!

The Starting Over audio book narrated by Nicola Victoria Vincent is in the ACX system, awaiting approval. I’m hoping it will be available on Audible, Amazon, and iTunes very soon. 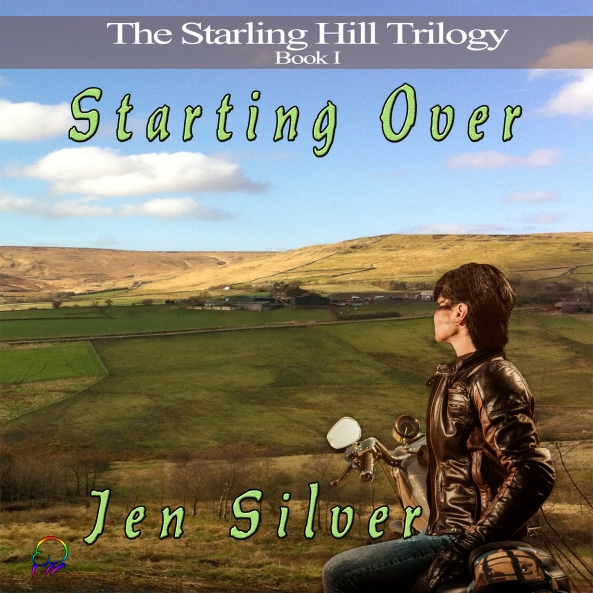 I enjoyed this book – reading about the warrior women who rode into battle, skilled with bows and arrows, and other weapons. 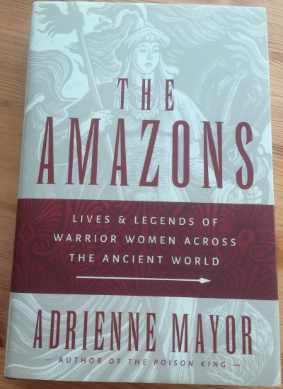 But what really excited me was finding out that archaeologists discovered the remains of Amazons (possibly from Sarmatia, part of the ancient Scythian empire) at a Roman cemetery in Cumbria, near Hadrian’s Wall.

The reason for my excitement is that it validates my entirely hypothetical notion that Queen Cartimandua of the Brigantes tribe in northern Britain could have had a female warrior lover. (Ref: The Starling Hill Trilogy)

Sadly, during my time excavating at Vindolanda, near Hadrian’s Wall, the only bones I uncovered were from cows. The Roman legions based there ate a lot of beef!

I’m trying not to read too much about Brexit although it’s hard to avoid, especially now. But it occurred to me we’ve had two continental splits in the past with different outcomes.

There was Rexit – when the Romans left Britain. The country then descended into 600 years of the ‘Dark Ages’ with tribal warfare breaking out everywhere. Although there is now some archaeological evidence to suggest that it wasn’t all a dark time. Just that we have no written records. And those of us of a romantic bent are happy to believe that King Arthur was a real person and was successful in uniting the tribes.

And then there was Hexit – when Henry VIII gave notice to the Pope that he wasn’t following the church’s rules on divorce anymore. Instead of the country hitting a downward slide…it reasserted itself strongly on the world stage during Queen Elizabeth the First’s reign…particularly with the exploits of Sir Francis Drake and Sir Walter Raleigh.

I can’t possibly predict how this current ‘exit’ will work out. Maybe sometime in the future historians and archaeologists will be able to fathom what actually happened. At the moment it feels like we could be on the brink of another ‘dark age’.

My latest book, Deuce, doesn’t have anything to do with Amazons, Roman Britain, or Brexit. It’s romantic fiction. 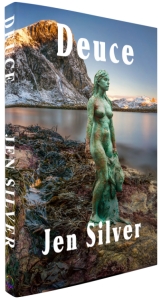 Positive reviews are always a joy, knowing that your written work has connected with a reader. This reviewer has  encapsulated what I was trying to achieve with this book…describing it much better than I have managed to do in previous blogs.

“The story is so well told. It has love, unexpected family complications, passion and surprises. I could not put it down. I wanted to know what happened next to these characters. They felt real and I began to care about them. They each had to face the fact that time does not stand still and people change. Sometimes that means accepting differences and sometimes it means putting yourself in their shoes. Jen Silver has a talent for crafting characters and storylines that really resonate. She subtly weaves real events into her work and that makes the reader feel more engaged. ‘Deuce’ may be my favourite of her novels so far.”

Where women are the heroes of their own lives and love is the universal story. Author Karin Kallmaker's official site.

Notes from Not-So-Close to the Edge